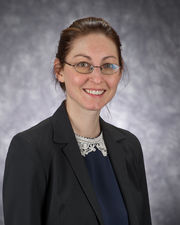 Modernists at the Mic: Radio Broadcasting, Wartime Propaganda, Literary Networks
In October 1939, Andrew MacLaren MP claimed of the radio, “there is no more powerful weapon than the unseen echo that encircles the earth and passes from one point into the hearts of millions.” This comment on radio’s martial power and transnational reach drives my current project, in which I explore the links between radio networks, destructive weaponry, and modern literature. From the outbreak of World War II, political leaders worldwide put radio to a new full time use: transmitting propaganda to national and international listeners. With an influx of modern writers in the broadcast stations, well- selected literature (plays, prose, poems) broadcasted to either a nation at home or listeners behind enemy lines, proved to be a very powerful weapon of war on the cultural front. But as Modernists at the Mic demonstrates, this on-air literature cannot simply be dismissed as propaganda. Instead, by lending their creative and at times literal voices to wartime radio, authors living in Britain and the U.S. were able to translate modernist topoi—trans-historicism, cosmopolitanism, artistic individualism, exile—for an aural medium. By doing so, these authors extended modernism into the 1940s, a decade often neglected in modernist and media studies alike.

My focus on literary modernists turned wartime broadcasters partakes in recent critical conversations on the juncture between high modernist aesthetics and media forms. By transmitting literature during wartime, modern writers muddied the great divides between literature and propaganda, high art and mass culture. But each writer’s desire to broadcast literature during a time of war also challenges post-humanist readings of mediation à la Friedrich Kittler. Instead, I argue that the choice to take to the microphone during World War II, a decision made by modernists Ezra Pound, Archibald MacLeish, T.S. Eliot, E.M. Forster, and Thomas Mann, and late-modernists Dorothy Sayers, Louis MacNeice, George Orwell, and Mulk Raj Anand, invites a re-evaluation of theories of media determinism, such as Marshall McLuhan’s (“the medium is the message”) and Kittler’s (“media determine our situation”), in which human agency has little to no role. Instead, by recovering the transmission history of these writers’ wartime broadcasts and analyzing the broadcasts themselves, Modernists at the Mic shows that each writer relied on the strategic interplay of aesthetic content and technical form in order to promote maximum listener comprehension, a feature not often thought to be a priority of modernism.   CV