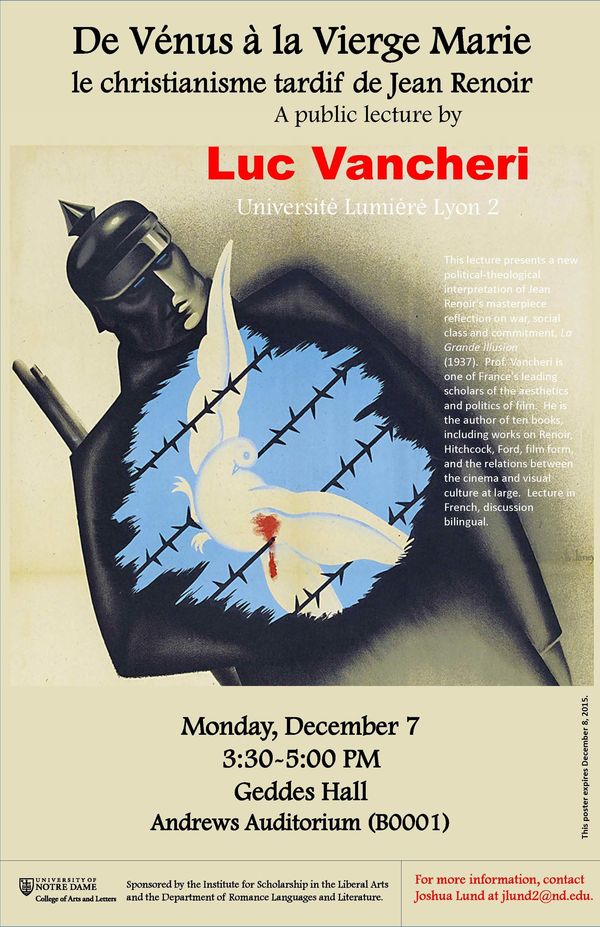 Prof. Vancheri is one of France's leading scholars of the aesthetics and politics of film. He is the author of ten books, including works on Renoir, Hitchcock, Ford, film form, and the relations between the cinema and visual culture at large.

We cordially invite you to attend his two events on Monday, December 7: